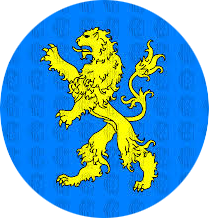 Arduini family has been active for over a century in the production of wines of Verona, first in the historical Valpolicella and later in the area of Bardolino Doc near Lake Garda.

The vineyards, conducted by the present company and located in the municipalities of Pastrengo, Cavaion Veronese, Lazise, Sant’Ambrogio di Valpolicella, Tregnago and Sona, giving rise to a total production of over one thousand hectoliters of  typical Veronese wine among which the Valpolicella superior Doc, Bardolino Doc, Bardolino Doc Claret, Pinot Grigio IGT as well as products of “Corte Campara” such as Dry Sparkling Pinot Blanc, Passito Red, Rosso and Bianco Veronese.

The family’s wine business is started in the late nineteenth century by the great-grandfather Arduini Gabriele at the bottom of the agricultural site in Loc. Canal in Marano di Valpolicella and subsequently developed with the cooperation of the children Turiddo, Alfredo, Mariella and Jean-Baptiste with the acquisition of new land and the implementation of new products.

In 1950, the year of birth of the son of Turiddo namesake grandson, Gabriel buys the property with the children of Pastrengo called “Campara Court.” The villa and surrounding grounds are a natural in that period, and scope outlet for the agricultural activity of the company that it intends to move from the mountains of Valpolicella to the more “hospitable” hills of Garda.

It’s the “hot” 1968 when Turiddo, so named in 1919 by his mother Malvina in honor of Compare Turiddu a character of Mascagni’s Cavalleria Rusticana view in the Arena in Verona, decided to move with his wife Agnes and sons Gabriel, Franco, Malvina Marino and the property of Campara. The villa and surrounding grounds are located at that time in a state of neglect and Turiddo and his family it is heavy and difficult task to rebuild a modern farm.
During the seventies, the roaring eighties and until the early part of the nineties under the management of  Turiddo the company knows a period of remarkable and rapid development by expanding the acreage with the acquisition of new land in the municipalities of Pastrengo and Bussolengo and supporting the traditional wine business breeding of dairy cattle and fruit in general.

Over the years, successive economic success of the company in various spheres of activity (wine, milk, oil, cherries, kiwi and peaches) allowing children to Turiddo to support themselves and their families.
In 1996 Turiddo decides to retire by giving the properties and business activities for their children. A Court Campara remains the first-born Gabriel, who, with the help of his family, continues the company’s activity in the wine sector.

Between the end of the nineties and the early years of the new millennium Gabriele and his son Ivan in addition to replant the vineyards and retrain existing and acquire new conduction in delivering the new winery, renovating the building previously used as a stable located in the vicinity of the villa .

The new production facility supported by the most modern technologies and cutting-edge techniques of cultivation while respecting the secular tradition of the family still guarantees the quality of the wine products marketed in the company looked forward to at the same time a good career prospect for future generations to whom it will be continue this long and fascinating history.

This website uses cookies to improve your experience while you navigate through the website. Out of these cookies, the cookies that are categorized as necessary are stored on your browser as they are essential for the working of basic functionalities of the website. We also use third-party cookies that help us analyze and understand how you use this website. These cookies will be stored in your browser only with your consent. You also have the option to opt-out of these cookies. But opting out of some of these cookies may have an effect on your browsing experience.
Necessary Always Enabled
Necessary cookies are absolutely essential for the website to function properly. This category only includes cookies that ensures basic functionalities and security features of the website. These cookies do not store any personal information.
Non-necessary
Any cookies that may not be particularly necessary for the website to function and is used specifically to collect user personal data via analytics, ads, other embedded contents are termed as non-necessary cookies. It is mandatory to procure user consent prior to running these cookies on your website.
SAVE & ACCEPT
View Cart Checkout Continue Shopping
0